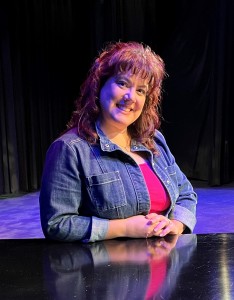 Beth Schnura is director of Tusculum University Arts Outreach. She joined the Tusculum family in 2022 after serving as a freelance director and lighting technician for Theatre-at-Tusculum and the Greeneville Theatre Guild since 2018.

Earlier in her career, she served for seven years as auditorium coordinator at Lincoln-Way West High School in New Lenox, Illinois, where she directed more than 20 plays and seven musicals. Among Schnura’s accomplishments at Lincoln-Way West were developing an afterschool theater club and an organization called All Things Theatre, which had more than 100 members.

She participated in club fundraisers and mentored students to build on their interests in directing, lighting design and stage management. She also developed Summer Theatre Camp for students from the community who were in grades 6-8.

Schnura and the remainder of the Tusculum Arts Outreach team have many ideas to bring all forms of the arts to the community. But the group will respect the traditions that have brought together a wide variety of talent to benefit the community. 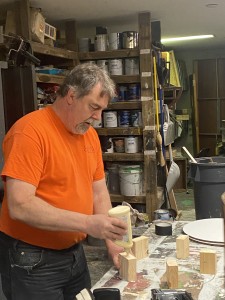 Frank Mengel is Tusculum University, Arts Outreach, Technical Director (TUAOTD), Scenic Designer, Lighting Designer, and Instructor.   He comes to us from Anchorage, Alaska. He joined Arts Outreach in the fall of 1998.

Besides being a whiz Technical Director, he also boasts a knowledge of mathematics.  After obtaining his Master of Arts from Wichita State University, Frank has participated in a long list of productions and has received numerous awards & honors relating to his technical work, including Outstanding Technician for Mommy Dance in ActFest ’95.

So far as we can tell, Frank is enjoying his Tusculum University experience. And he married a gorgeous local, Paige Malone (6-2-2002), and as such, he has decided to stay awhile, … and awhile, …. and awhile,  …He just wishes it was colder.

Instructor Frank Mengel can be reached at fmengel@tusculum.edu and 423-636-0559. 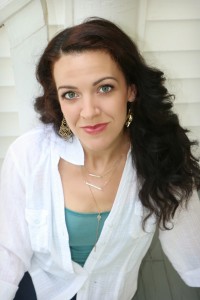 Erin Hensley Schultz is an East Tennessee native, and has been a part of the Arts Outreach family since she was in Marilyn duBrisk’s musicals as a high school student. Now returning in a professional capacity, she brings her years of experience costuming productions throughout Upstate South Carolina back home to Tusculum. She has worked extensively both onstage and off, having worked as a choreographer, costume director, stage manager, set designer, music director, and director, but she feels most in her element while designing and creating costumes. Onstage, her favorite roles have included Morticia in The Addams Family, Lady Macbeth in Macbeth, and Patsy Cline in Always, Patsy Cline. She is the founder and director of Blue Plate Special, East Tennessee’s most punctual improv comedy group, and performs frequently as a standup comedian and storyteller. She lives in Chuckey with her husband and two children, and her favorite holiday is Halloween. 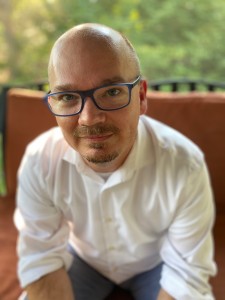 Wayne Thomas is executive director of Tusculum University Arts Outreach and dean of the College of Civic and Liberal Arts. He is a writer, teacher, director, editor and administrator. He publishes plays, short fiction and essays. His novel-in-progress “Birth of the Okefenokees” won the Baltic Writing Residency in Latvia. He co-edited “Red Holler: Voices in Contemporary Appalachian Literature,” winner of the Linda Bruckheimer Series in Kentucky Literature, published by Sarabande in 2013.

Thomas has a BA in theatre and an MFA in scriptwriting from Georgia College. His collegiate acting credits include Atticus in “To Kill a Mockingbird,” Charlie in “Flowers for Algernon” and Matthew in “Anne of Green Gables.” His plays have been produced in regional, community and university settings. His directing credits include works by Tennessee Williams, Sam Shepard, Janet Burroway and Roy Sorrels. In 2013, Thomas founded the biennial 5×10 festival at Tusculum University, which features new plays by students, community and professional playwrights.

Thomas was the assistant drama editor of “Arts & Letters Journal of Contemporary Culture” before being named the magazine’s first-ever managing editor. He was the longtime editor of “The Tusculum Review” and now serves as the international literary journal’s drama editor. He serves on the advisory board for “Connotation Press: An Online Artifact.”