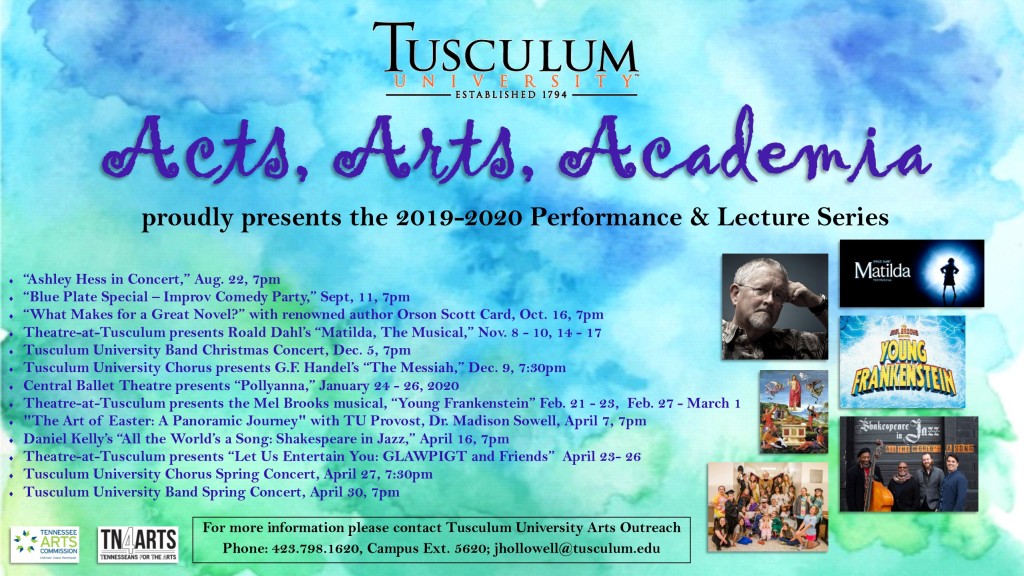 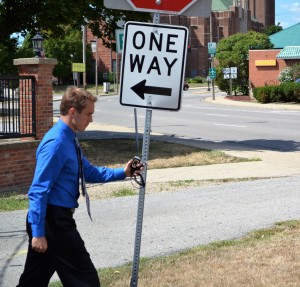 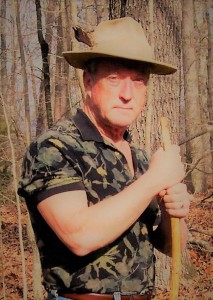 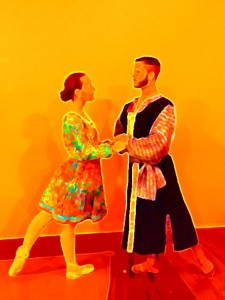 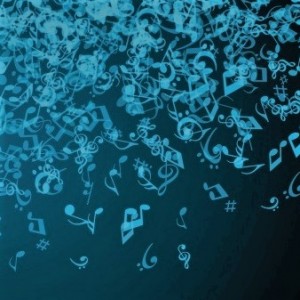 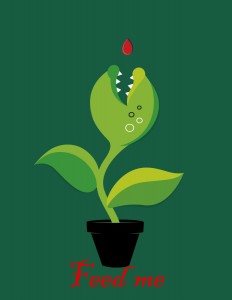 Admission to the events is $15 for adults, $12 for seniors 60 & over, and $5 for children 12 and under, except for the Central Ballet Theatre performance, which is TBA.  The Cicero Lecture Series is general admission $7, the “5 x 10 Plays” is $10 general admission, and admission is free for the Tusculum University Community Chorus and the Tusculum University Community Band concerts.

For more information on these or any other Arts Outreach programs, please contact us at 423-798-1620 email jhollowell@tusculum.edu